Accidents Can Happen When You Get in the Car and Drive

Nobody knows the future. Anything can happen. Who would have thought – even just a few weeks ago – that we would all be in lockdown, working from home, or perhaps not working at all? 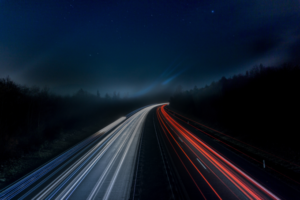 How long will this go on for? We don’t know. Scientists have made some estimates and the outlook is not very promising in the short term.

On a brighter note, any one individual’s chances of catching this awful disease are not great. Even if one million people in the US suffered from it, that is only 0.3% of the population, and most of those would recover. That is not to suggest that those who lose family or friends will not suffer terribly, of course.

This is similar in some ways to going out in your car on the Highways, Roads, and Byways of the Great State of Texas. You can’t predict what will happen. Most people get out on the road to wherever they are going, do whatever it is they have to do, and then drive back home in perfect safety. Many people go their whole lives without ever being involved in an accident, but then again, anybody can be unlucky.

It reminds us of the late great actress Doris Day who sang the song Que Sera Sera in the 1956 Alfred Hitchcock film The Man Who Knew Too Much. It goes:

Que sera, sera,
Whatever will be will be,
The future’s not ours to see.
Que sera sera.

And it is the same when you hit the road. You just never know. What you do know is that the streets of Brownsville are full of less-than-awesome drivers. Of course the Brownsville Police Department already knows that, and you probably do too. You need to “drive defensively,” but even so you can still be in a car accident here in the RGV.

What IS certain, if you are so unlucky that you are involved in an accident, is that you most definitely need the services of an accident lawyer. You may well be entitled to considerable damages from the party at fault, but you should also be very aware that trying to claim them yourself is not a good idea.

This is because insurance companies make profit by NOT paying out on claims! Most people never think of that, and the insurance companies don’t want you to. But it’s true. If you do stop to think about it, the less they pay out, the more profit they make. Why else would they pay a small fortune to lawyers to help them reduce claims to the minimum? Yes, they actually do!