Even in Los Fresnos, Accidents Happen and Hence the Need of Accident Attorneys

Accidents happen every day and everywhere, even in a small town like Los Fresnos. It could be the proverbial car wreck, it could be an animal attack, or it could be a slip and fall accident. Whatever happened to you, you need an accident attorney, Los Fresnos, TX, to stand up and fight your corner. 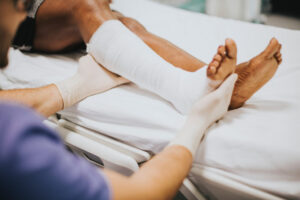 Slip and fall accidents are very commonplace and account for about 40% of all major accidents reported in the work place. Lots of things can be the cause of a slip and fall accident, such as spills which have not been cleared up, worn carpets, rain getting tramped in from outside, or the floor surface itself could be dangerous.

It’s a fact that there are almost unlimited types of floor surface, and even two made from exactly the same material can have different levels of slipperiness as a result of one having more foot traffic that another. The same floor can have different slipperiness in two different areas, again because of the amount of traffic, or from activity that takes place there. For instance, an engineering workshop could be much more slippery near the machinery, where oil is used, than near the entrance door to the CEO’s office.

There is actually a test that can be done using a small portable machine that mimics the action of a heel striking the floor surface and is called the Pendulum Test. This produces a result marked on a sliding scale and the magic figure is 36. If the floor surface scores over 36, it is safe. Below that it is not. However, if the floor surface fails the test there are several different types of anti-slip floor treatment that can be applied in order to bring it up to a safe level.

Injured in a Retail Store? Call a Slip and Fall Attorney

Slips and falls can also lead to other dangers such as falls from height. If you have been injured in a slip and fall accident and need an accident attorney, Los Fresnos, TX, give us a call.

Of course, the most common types of accident are car wrecks, and the best sort of car wreck may just wreck your car. Unfortunately, this is often accompanied by injury, which can be severe, and even death. If you have suffered a car wreck and need an accident attorney, Los Fresnos, TX, our accident law firm provides a completely free consult so that we can advise you of your rights. One of the biggest problems is that when you are a man in the street, and not a trained attorney, you are up against the insurance company lawyers who are paid to low-ball your claim, and they know all the rules of the game so they will run rings around you. However, at Villarreal Law Firm we know all the rules as well, and we will fight on your behalf.