If You Have a Traffic Accident, the Best RGV Lawyers May be at the Villarreal Law Firm

When Ruth Bader Ginsburg died, RBG trended on Twitter. Whatever your opinion of her judicial philosophy, she was a major historical figure and force on the Court. RBG became a set of three letters that folks really gravitated towards. (Her name was actually Joan Ruth Bader Ginsburg, but somewhere along the line she dropped the “J”). 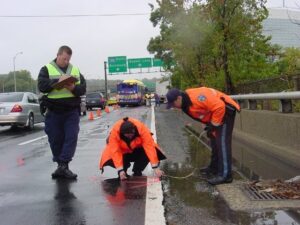 Well, we have another set of three letters for you: RGV. The Rio Grande Valley is one of the best places in America to live, and if you (unfortunately) have a road traffic accident that is not your fault, we can help. At Villarreal Law Firm, we’re the best RGV accident lawyers in the Rio Grande Valley.

That is because working on behalf of people who have suffered injury as a result of the negligence of someone else is our specialty. Yes, we are fully qualified lawyers, and we can deal with divorce, conveyancing, and everything else, but we don’t. We are specialist RGV accident lawyers, and that doesn’t just include car wrecks, although that is a lot of our work. However, we also deal with animal attacks, slip and fall accidents, construction accidents, boat accidents, motorcycle accidents – in fact, anything at all that causes injury and is the result of someone else’s negligence.

Insurance Companies Are Not Noted For Their Benevolence

And the simple fact is that, if you have been injured as the result of the actions of a third party, in most instances it will be their insurance company who has to pay out, but unfortunately insurance companies are not noted for their benevolence. In fact, despite what they say in their advertising, they hate to pay out! And they will fight you tooth and nail in order to try to avoid paying you, or at the very least pay the absolute minimum.

If you think about it, this is logical. It is very basic math. The less that they pay out, the bigger the profit they make at the end of the year. It really is that simple.

And this is why you need us as RGV accident lawyers to fight your corner. The insurance companies employ very expensive lawyers to fight against you, and if you don’t know what you are doing, they will run rings around you. They really will.

Our job at Villarreal Law Firm is to fight them on your behalf so that you get every last cent of compensation that you are due. We know the law just as well as their lawyers do, which is why over the last few years we have recovered more than $500,000,000 in verdicts and settlements for our clients.

If you need an RGV accident lawyer, we can do the same for you.