McAllen is a great city and has some wonderful things to see and do. You’ve got Quinta Mazatlan with its beautiful tropical gardens and over 250 species of birds. There’s the International Museum of Art & Science, The Museum of South Texas history, and the McAllen Nature Center. Then there’s Palm View Golf Course, and the Zinnia Sp 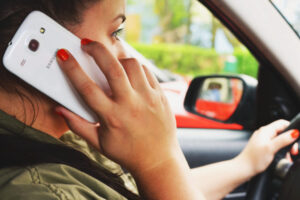 ray Water Park. You also have some great restaurants such as Republic of the Rio Grande, Dirty Al’s Bayou Grill, Hacienda San Miguel Mexican Restaurant and Bar, and Costa Messa.

However, not everything in McAllen is great, as you also have any number of car wrecks. This may have something to do with the fact that in 2012, 38.5% of the population was considered obese, which in turn may account for the overall poor health of many residents, which can be the cause of inattention on the roads.

Whatever the reasons, if you have been injured in a car wreck in McAllen then you need an attorney who works in the city and understands the ins and outs of car wreck law. That would be Javier Villarreal who is without doubt one of the best, if not the best, McAllen, Texas, car wreck lawyers, and in the rest of the Rio Grande Valley as well.

You Have A Fight On Your Hands

The problem when you have been in a car wreck is that you now have a fight on your hands with the insurance company. Whatever they may say in their advertising, both in the press and on TV, all insurance companies, without exception, don’t like to pay out. The reason is easy to understand: the less they pay out, the more profit they make. An ideal year for an insurance company would be to sell lots of policies and pay out nothing at all!

It doesn’t work like that, of course, but they want to keep the amount they pay out to a minimum, so they employ teams of very expensive lawyers whose job is to scour every last crevice of the law to find a way to achieve that. Expensive those lawyers may be, but it is still cheaper for the insurance companies to do that rather than pay you.

That is why you need Villarreal Law Firm, one of the best McAllen, Texas, car wreck lawyers on YOUR side to fight the insurance company lawyers. They want to keep your pay-out to a minimum, while WE want to keep it to the maximum. Our team at Villarreal also knows the law, and our job is to stand up in court and fight on your behalf – and we don’t give up easily!